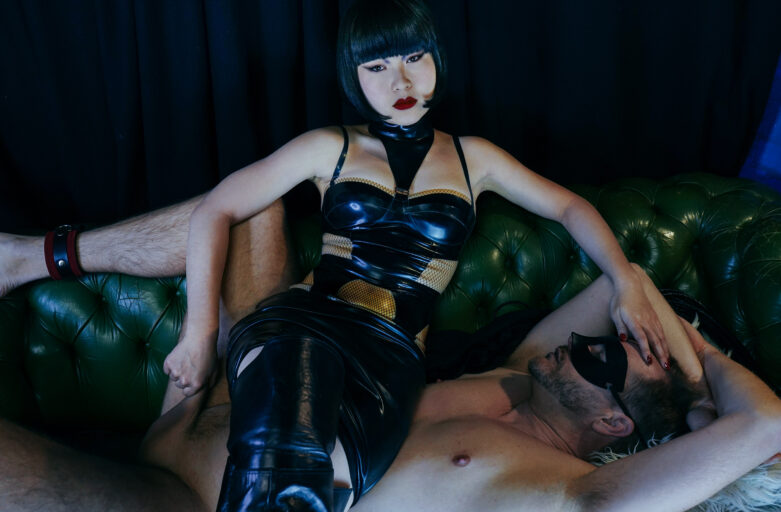 He was so creative and I always loved his stories I thought I would share one with you.

It had started when she was just 6 years old, her parents didn’t know what to do. Their beautiful daughter would wake up in the middle of the night, screaming and thrashing around with night terrors. It was a kind of half sleep, half wake stage, sometimes she’d recognise them as they tried to console her, other times she’d look blankly at their faces, or worse still scream and try to escape them.  Then after 15-20 minutes, she’d slip back into a blissful sleep and wake up the next morning sometimes unaware of the commotion the night before.

The doctor had told them it would pass, it was quite common for children to experience such things. But as she’d grown into a teenager, the terrors had only intensified. More and more snippets of memory built up and lingered to the morning, the dark faceless shadows pinning her down, slashing smoke like fingers whipping her body and she writhed and screamed to escape. Blood red nails on elongated black smoke fingers tearing at her flesh. The insomnia from the terrors and the hangover in the morning meant that she was constantly living in an exhausted half wake, half sleep doze. So her grades at school began to plummet.

By the time she was in high-school, although she was by far one of the most beautiful girls in the school, she was an outcast and a loner. She spent her lunches scribbling horror drawings in a notepad which were becoming increasingly sexual. The other boys and girls at the school avoided her and her life became a living hell. Her only escape was a blog that she’d started writing to purge the dark, twisted thoughts each day, before the next night’s horrors commenced.

She lived alone, in a huge house and was completely unable to hold down a relationship. It was easy for her to pick up boys, but her screaming, thrashing fits each night guaranteed they were only ever one night stands. She’d lost count of the number of times she’d awoken to find the previous night’s lover had slipped out and disappeared without even a note.  One had even tried to sue her for her book writing millions after her unconscious thrashing had given him a black eye.

So she turned again to her blog, pouring out her heart to her army of fans. It felt like a cruel twist of fate, to be given such looks, such riches, but also cursed with nightly vivid nightmares of creatures attacking her, molesting her and beating her. She hated it,

It was on a Saturday morning that she first saw his message.

For a start, thankfully, there was no gross dick pic.

But more than that, it was clear that he wasn’t trying to woo her into his bed at all, rather he wanted to serve her, to kiss her feet and to adore her.

It intrigued her, so she messaged him back.

Their conversations flowed, and before long she’d arranged to meet up with him at a local cafe.  They sat down in the basement as he poured out his heart to her. He talked of how he’d adored her books, but rather than being scared of them, there was something that turned him on. The abuse from the shapeless horrors triggers some primitive urge in him. Although the lead characters in the books were female, he fantasised about being the one pinned down, stripped, whipped and abused by the demons.

She wasn’t sure if she was horrified, or intrigued by his confession.  These imaginary creatures made her life a living hell, yet here was this cute guy, confessing that he wished he could swap places with her.  He was lovely, he was friendly, he was honest, but he was clearly fucked in the head.

But they continued to click with each other. Coffee at the cafe, turned into dinner and drinks, and before long she found herself unlocking her huge front door and inviting him in.

He was visibly shaking as she stripped off in front of him. All of his dreams were coming true, so many times he’d masturbated looking at her picture on the back cover of her novels, and here she was wearing nothing but a few scraps of beautiful red lace lingerie. Her beauty overwhelmed him.

Wary of her heart being broken by the stream of men that had disappeared before, she told him that there would be no sex tonight. All his submissive brain wanted to do was worship her anyway, and so he spent the night pleasuring her with his tongue. She had orgasm after orgasm, while she constantly teased his cock, but never quite let him over the edge. She quite enjoyed the growing imbalance of their relationship.

It was 2am and they were both feeling exhausted.  That was when he suggested it.

He’d read on her blog about the guys slipping out in the night, and so, in a meek and scared voice, he knelt on the floor at the foot of the bed and asked if she’d handcuff him to the bed post.

What the fuck? She thought. But she saw in his eyes that he was serious. Fuelled by orgasms and seeing his big puppy dog eyes and straining erection, she decided to give it a try.  He settled down at the foot of the bed as she slipped off to sleep like a queen in the bed above him.

The boy, where was the boy?

She jumped out of the covers and saw his hand still cuffed to the foot of the bed. He looked up at her scared, his back had scratch marks all over it.

She was confused, but her pussy was pulsing with blood. “I need another orgasm”, she said, and sat on his face.

Mashing herself into him, she rode his face as his eager tongue flicked across her clit. Grabbing his hair and pulling him deeper into her, his face was soon a sloppy mess of her juices. Her orgasm approached like a train, and hit her hard. Screaming up at the ceiling she pulled his face into her as she climaxed.

His defeated face looked up at her between her knees as she recomposed herself.

Cleaning up in the shower with her, he’d explained that she’d attacked him in her sleep the night before, just after she’d gone to bed. Dragging her nails down his back and digging them into his tender balls and his erection.  He’d pleaded for mercy, but chained to the bed he had no-where to go. Then as quickly as it had started she left him and fell back asleep in her bed till the morning.

It took a long time for her to convince him that she had no recollection of what had happened.

After breakfast and a shower they’d kissed goodbye

He knelt at her door and handed her a pair of small silver keys.

“I want you to own me!” he said. Afterwards he explained that the keys were for a tiny steel chastity device that he’d locked on his cock. I want to be yours. She liked it.

Another night of fantastic oral sex followed. His talented tongue had danced across her body as his cock had swelled in the cruel steel device.

Again, at the end of the night, she chained him to the foot of her bed, and fell asleep above him.

Haze surrounded her, her half closed eyes blinked in the darkness, her pussy throbbed.

She felt soft flesh in her hands as a muffled scream came to her ears.

Her red nails dug into him.

She felt an orgasm brewing.

A scream, her hand around a throat.

She was out of bed, she was on him.

She had become the terror.

Blinking she looked down on him a cruel snarl appearing on her face.

She was as turned on as ever, he looked so scared, and she liked that.

He struggled beneath her weight, but he was unable to escape.

She gradually became more conscious, she was the terror, she was mid orgasm, she had his balls in her hands, squeezing hard.

Orgasm flushed through her as she felt him buck beneath her.

She was wide awake, and this terrified him – she liked this a lot.

As she looked down on him, she knew she could half close her eyes, slip off to bed and pretend that she’d had no memory of this, but she didn’t want to stop.

She held his face in her hands, she leaned down and kissed him on the lips.

“Now free, now I’m your terror, and I’m never leaving you. You should never have opened this door, because it can’t be closed any more.”

“I own you, welcome to my hell”